According to the BBC news, the coronavirus bounced back in late October in European countries. In 10 days, the cumulative confirmed cases in the 53 European member states of the World Health Organization (WHO) have soared from 6 million to more than 7 million. 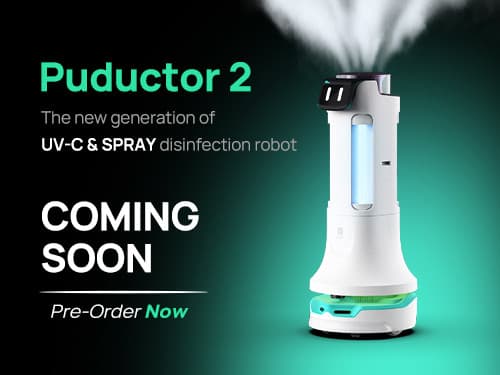 Against the backdrop of the pandemic, European countries have adopted methods such as limiting the number of gatherings, early curfews, and lockdowns to fight this new battle without affecting the economy. In fact, all fail to keep the virus under better control. Some experts suggest that Europe and the United States can learn and follow China’s anti-pandemic approaches, that is, technology-based anti-pandemic measures. For example, in the hospitals and quarantine points in Wuhan, China, where witnessed the most severe virus in early 2020, intelligent robots were used to disinfect the pandemic areas and deliver daily medical supplies, such as delivering food, water, medicine and other necessities to patients. Under serious shortage of medical staff and medical supplies, the participation of robots in the fight against the pandemic will not only improve work efficiency and reduce the loss of medical supplies, but also substantially reduce contact between personnel, thus effectively slowing the spread of the pandemic.

Among technical anti-pandemic robots, the most common one is “Pudubot”, a product from the Chinese company – Pudu Robotics. It is understood that Pudu Robotics, headquartered in Shenzhen, China’s tech capital, serves as a national high-tech enterprise home to R&D, design, production and sales of commercial service robots. Its distribution service robots “Pudubot”, “Bellabot”, and “Holabot” have been widely introduced in the catering industry, and cooperation with domestic catering giants such as Haidilao have been successively reached.

In order to support the fight against the pandemic, the ultra-dry mist disinfection robot Puductor developed and produced by Pudu Robotics is also widely used in hotels, restaurants, airports, medical institutions, government halls, etc., around the world for disinfection. It is reported that Puductor adopts the ultra-dry mist disinfection technology, which can capture harmful microorganisms in the air and quickly disinfect and kill bacteria and viruses, such as the currently raging COVID-19, with a sterilizing rate of 99.99%.

A New Innovation In Robot Industry – Impress Your Customer With Ketty...
Scroll to top
Need Help? Chat with us
Start a Conversation
Hi! Click one of our member below to chat on WhatsApp
The team typically replies in a few minutes.
Shirley
Sales Manager
Sophie Cai
General Manager